This article describes features that are only available in the Banyan Business edition and Banyan Enterprise edition.

Note: Netagent v2 has been released, simplifying the process of installing and configuring an Access Tier:
1. Use an API key with the access_tier scope for registration
2. All agent configuration is done via the Command Center API and UI

If you need to install Netagent v1, use the legacy v1 guides.

Install the Access Tier via the following four steps.

1.2 Select Create Access Tier, and configure the required parameters when going through the installation wizard. An existing API key is required; these should appear in the dropdown menu of the API Key field on the Configure tab. If you don’t have an existing API key, navigate from Settings > API Keys and generate an API key with an access_tier scope. 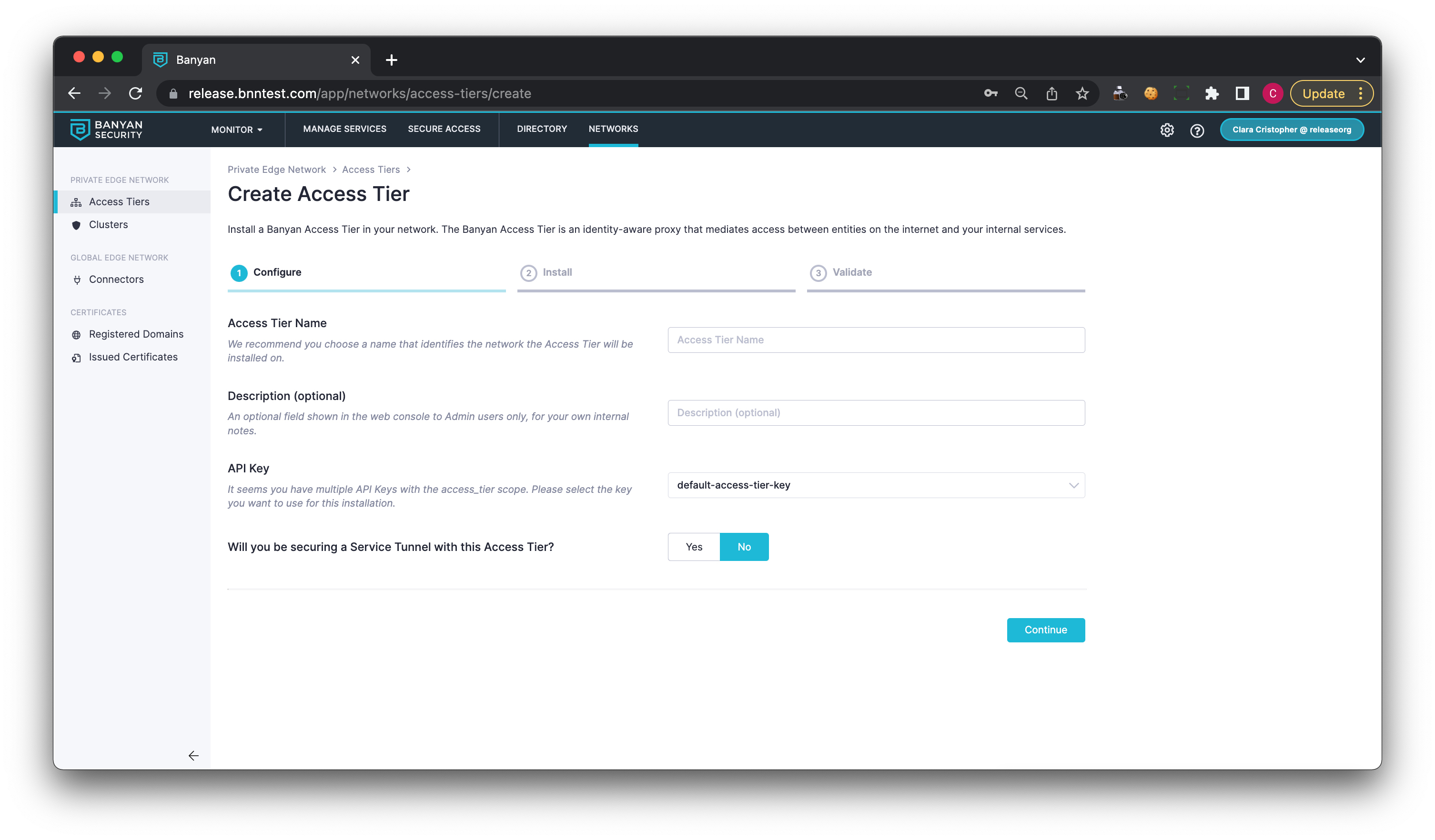 1.3 If you will be using this Access Tier to secure an existing Service Tunnel, enter the required information to set up Service Tunnels.

1.4 Select Continue to proceed to the Install tab.

1.5 Take note of the installation parameters for use in subsequent sections.

The netagent binary supports HTTPS proxy settings. If an Egress proxy is configured on the host via the HTTPS_PROXY environment variable, outbound connections from the Access Tier will automatically use it.

The Banyan netagent binary, which is the core component of a Access Tier, can be installed on virtual or physical 64-bit Linux servers on most Linux distributions.

Support Deprecated: the following Linux distros are no longer supported:

If you’re running a non-standard distro or a custom kernel, contact us for tailored installation instructions.

Ensure you have assumed root privileges:

Download and extract the Tarball installer, and cd into the directory:

Before you start the netagent binary you need to enter its registration parameters - obtained in Step 1 - in the config.yaml file.

Once the Access Tier is installed, you can check its logs on the host at /var/log/banyan/netagent.log to ensure it is functioning as expected. 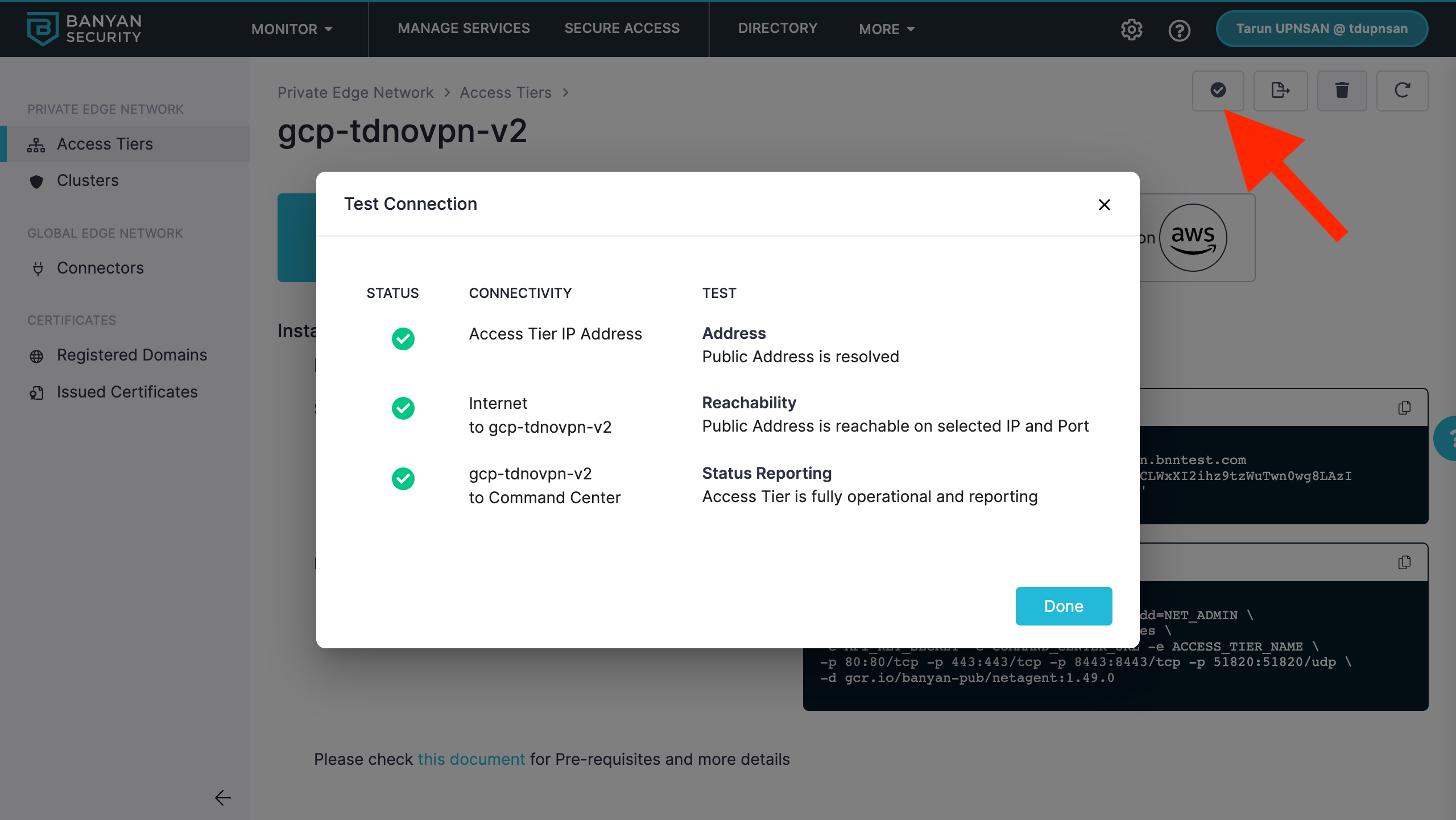 Instead of manually creating the config.yaml file used to configure the Netagent binary, you can instead set environment variables and call a “bootstrap” script to install Netagent. This method is particularly useful for automated deployments.

Upgrading Netagent is similar to installing it:

Ensure you have assumed root privileges:

Download and extract the Tarball installer, and cd into the directory:

The setup script will prompt to use the pre-existing config.yaml configuration. Enter yes to proceed.