This article describes features that are only available in the Banyan Enterprise edition.

Microsoft Intune is used to administer corporate laptops, phones, tablets, and other devices in your enterprise. The Banyan Desktop App can be distributed to your device fleet via Intune in Zero Touch mode, requiring no interaction from end users. Also, zero touch mode does not require the end user to be an administrator on the device.

The Banyan Desktop App is deployed, installed, and registered in a matter of seconds, making zero touch mode the recommended way to deploy Banyan with Intune.

There are two high-level steps required to silently deploy and install the Banyan desktop app then register Windows devices with Banyan:

1.2 Configure the script by entering the following values:

Note: Once configured, Banyan’s script automates the installation and registration process. The script will (i) generate an mdm-config.json file; (ii) download and install the latest version of Banyan’s app; (iii) stage the app with the device certificate,(iv) and start the app as the logged-in user.

Now that you’ve prepared the script, distribute it to your end users via Intune.

2.1 Log in to your Microsoft Endpoint Manager admin center. 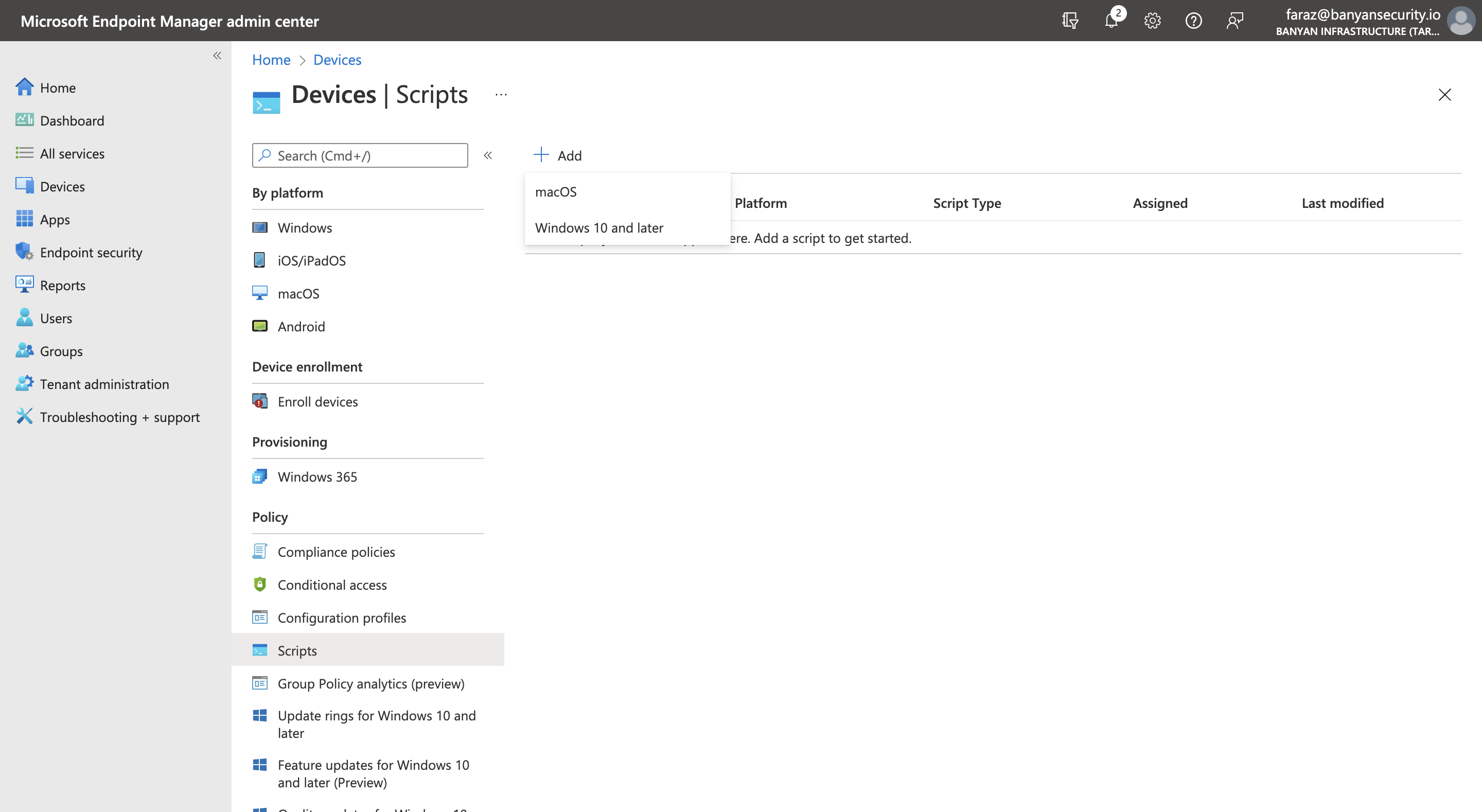 2.4 Enter in a Name and Description 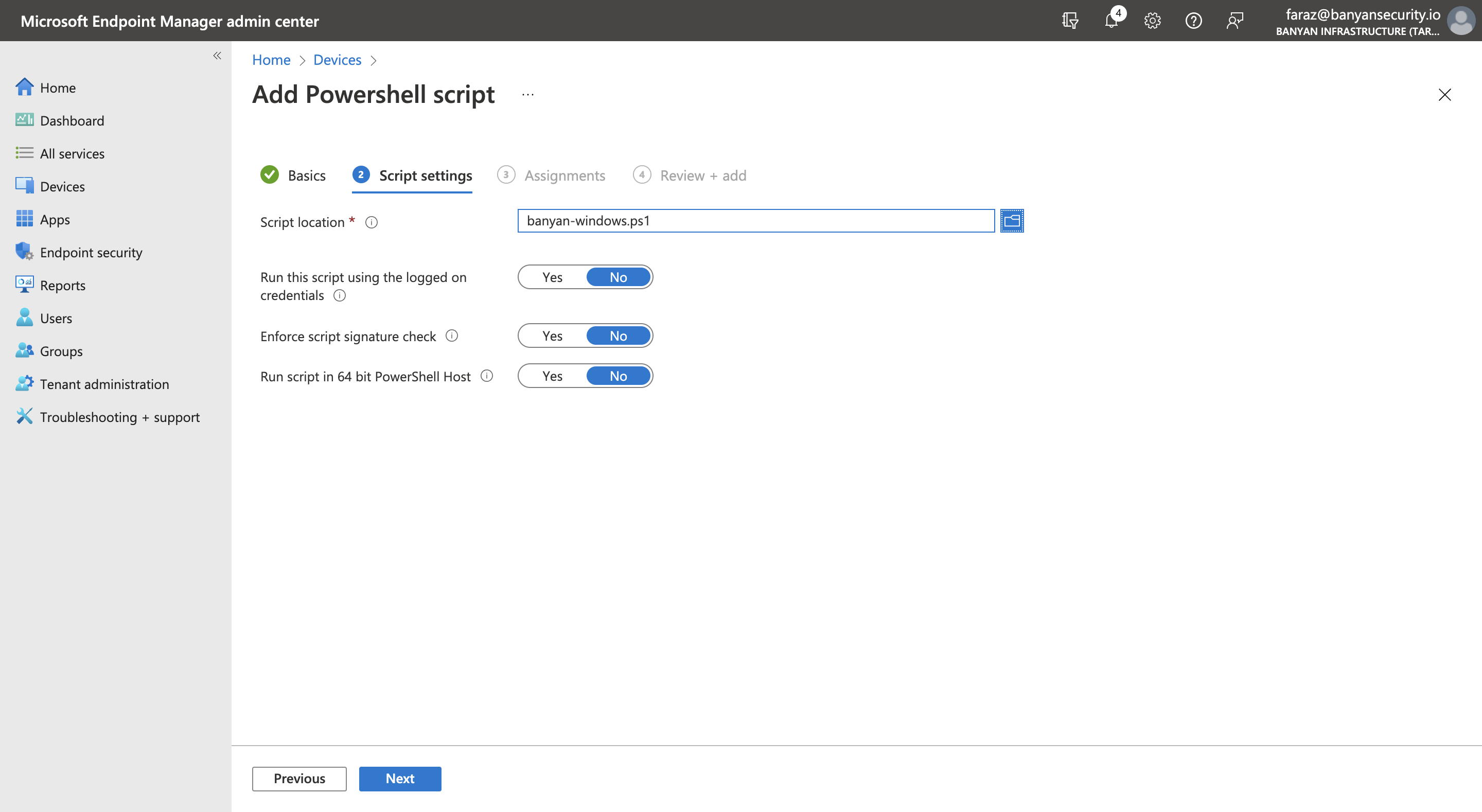 The Banyan Desktop App appears on the applicable Windows device(s) and then registers the device(s) with your Banyan tenant. 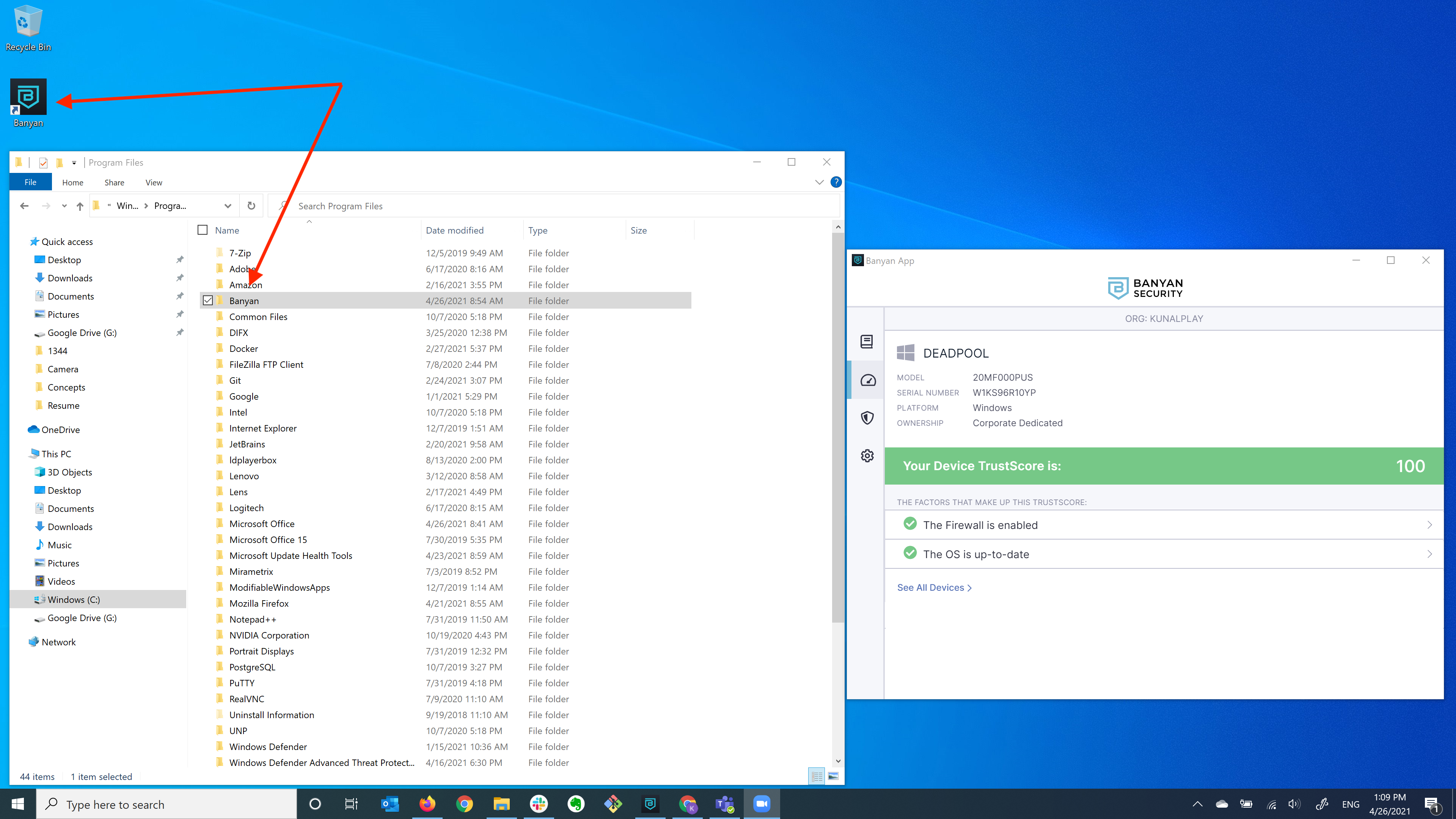 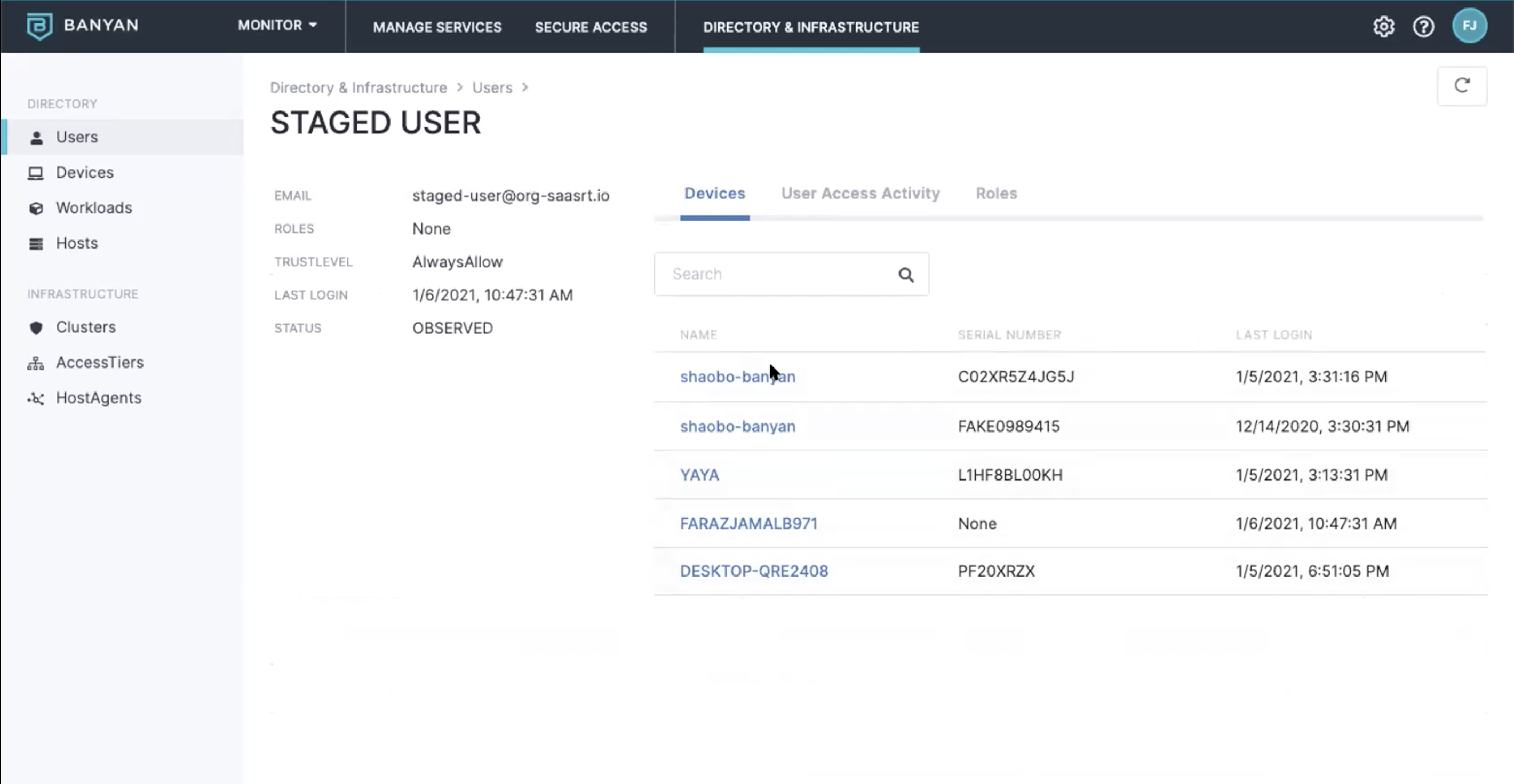 In the default Zero Touch flow, the device should be registered to a specified user by setting the mdm-deploy-user and mdm-deploy-email parameters in the mdm-config.json file. The issued device certificate will contain a User Principal Name (UPN) username in the Subject Alternative Name field.

As a fallback, if user information is not specified or obtained during Zero Touch flow the Banyan App will initially be registered to a STAGED USER, indicating it has been silently enrolled via zero touch installation. When a user logs into the device and accesses a service protected by Banyan, their username will automatically be associated with the device.

Upgrading the Desktop App via Intune

There may be scenarios requiring you to update the Banyan Desktop App after deploying it to your organization’s devices via Intune.

If you want to have organizational control of the Desktop App version, the easiest option is to configure the mdm-config.json file to set mdm_disable_auto_update to true. This flag disables prompts to end users to upgrade their Desktop App because the Device Manager will push the new version.

The Banyan Zero Touch install scripts also cover upgrade scenarios where you can specify the app version or upgrade to latest.